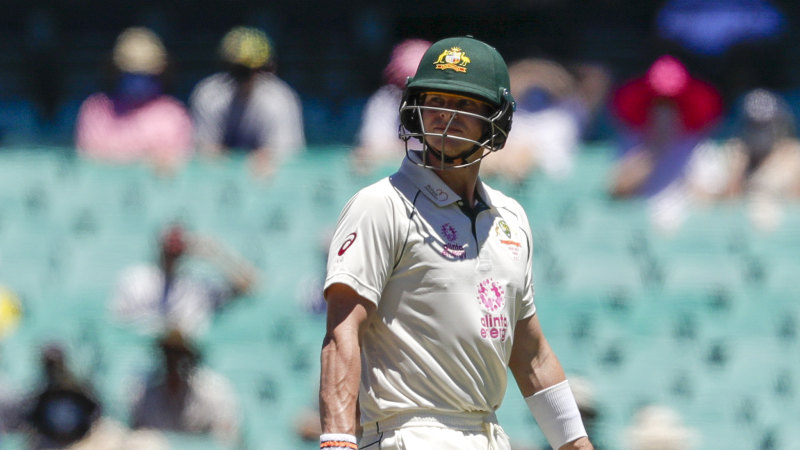 Former Test captain Mark Taylor has slammed "conspiracy theories" questioning Steve Smith's sportsmanship as the Australian team rallied around its superstar batsman in the wake of his shadow-batting furore.

In an indication of the heightened scrutiny he is under after the 2018 ball-tampering scandal, Smith came under fire from around the globe after appearing to scuff up the guard mark of India batsman Rishabh Pant in Sydney. 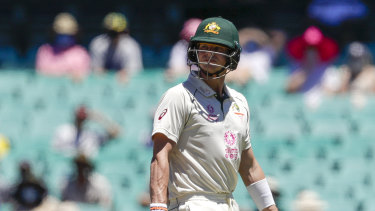 Australian players have launched a strident defence of Steve Smith against claims of unsportsmanlike conduct.Credit:AP

It was also noted Smith did not take part in the verbal exchanges that prompted debate about Australia's on-field conduct.

There was a strong response from Australian players to the criticism directed at Smith, including from former captain and Cricket Australia director Taylor, who is noted for his even-handed analysis and commentary.

Taylor believed Smith, who took guard as a left-hander in the footage that went viral on social media, was attempting to put himself in the shoes of a captain to work out how to dismiss Pant.

"I can recall doing similar things myself when I was captain and [Shane] Warney was bowling," Taylor said.

"You stand roughly where the batsman is going to stand, look at where the rough is going to be and work out 'is your bowler bowling too short, too full', those sorts of things.

"I don't think it would be any more than that. I dare say the people who are making these comments, and I don't know who they are, are making more of a name for themselves rather than actually commentating on the bloody game. I think there's a few conspiracy theories going on out there."

Paine refuted allegations Smith was trying to deceive Pant by scratching a new mark, saying his teammate was "really disappointed" how his actions had been interpreted.

"Steve's quite upset about it," Paine said. "It's something we always have a laugh about because he just loves batting so much and even when he's out on the field he's shadow batting and marking centre," Paine said.

"I'm sure if people are happy to look back at the footage, you'll see it happens probably more than once a Test match with Steve.

"There's no way in the world he was trying to change Rishabh Pant's guard or anything like that. Now that it's come up as it has, it's something he might have to look at because of the perception of it."

Lloyd was scathing in a column for the Daily Mail. "Let's start with Steve Smith's decision to rake his size nines on the crease where Rishabh Pant had marked his guard," Lloyd wrote. "That was plain childish. He's trying to irritate the batsman.

"But with all the cameras around these days, and Smith's history with the sandpaper, you have to reach the conclusion that he can't have two brain cells to rub together.

"What was he thinking – if he was thinking anything at all? If I'd been umpiring that game, I'd have gone straight to the captain to tell him that I'm reporting his player, and that he's got to take responsibility for the behaviour of his team. Absolutely disgraceful."