A social media troll questioned Christian's Aboriginality based on his appearance, days after the all-rounder addressed the issue in an online panel discussion titled Cricket Connecting Country. 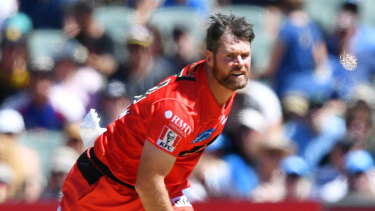 The series aims to celebrate Indigenous cultures and multiculturalism in the country and addresses past instances of racism in the game.

"We are deeply disappointed to see blatantly racist and uneducated comments in the aftermath of Cricket Connecting Country's premiere last night," CA tweeted to its 373,000-plus followers.

"Whilst we have chosen not to name the publisher of these comments publicly, we want to strongly reinforce that any form of racism or discrimination has no place in cricket, sport or wider society. Comments like these demonstrate just how far we still have to go."

Since the rise of the Black Lives Matter movement, Christian, who played 19 one-day internationals and 16 T20s for Australia and 83 first-class games, said he had received messages from former teammates and opponents apologising if they had offended him.

"I think it is an issue in Australian cricket, I don't think it's as 'in your face' as you might see around the world or even elsewhere in Australian culture," Christian said on the panel.

"I think it's definitely there, it's more of a casual racism, just little throwaway lines here and there, made to be jokes and a lot of that for me personally has been around the colour of my skin and the fact that I don't look Aboriginal or whatever that means. That's the most noticeable thing for me.

"It's just something that comes with a lack of education and an ignorance. I don't think a lot of people say it with any kind of malice, it's just that they don't understand and don't know.

"When all the Black Lives Matter stuff came out in the last couple of months, one of the things I related to the most was Meyne Wyatt's monologue on QandA, which I thought was absolutely brilliant.

"There's one little section of that where he talks about being asked that question and his comment back to whoever asked it was 'well what part am I, is it my foot, is it my arm, is it my leg'. I've had those kinds of questions a lot and it was a pretty good way to look at it.

"However I've received a lot of messages over the past few months from people I've played with and against that have said 'sorry if I've ever said anything to you that you've been offended by, please help. I'd love to know more about your personal story, your family story, things that I can do in the community to try and help out'.

"And so from that perspective I think it's been a wonderful thing to have happened to be able to have that conversation and for people to want to make change."