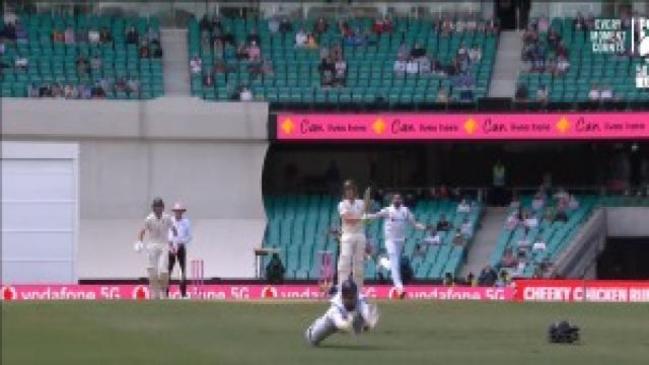 Debutant Will Pucovski has had a dig at Rishabh Pant after the Indian gloveman grounded two crucial catches. Can he get over the fumbles today? LIVE BLOG HERE

Rookie star Will Pucovski has taken a whack at Rishabh Pant after the Indian wicketkeeper grassed two catches on day one – including one he claimed he took.

Australia resumes on day two at 2-166 with Marnus Labuschagne (67) and Steve Smith (31) threatening to reprise their Ashes double act to put the hosts in the box seat of the third Test.

Neither man has had a decisive impact on proceedings in the series so far, currently tied at 1-1 with two to play, but should they stay together for a prolonged period this morning Australia will be well set to post a commanding first innings total. 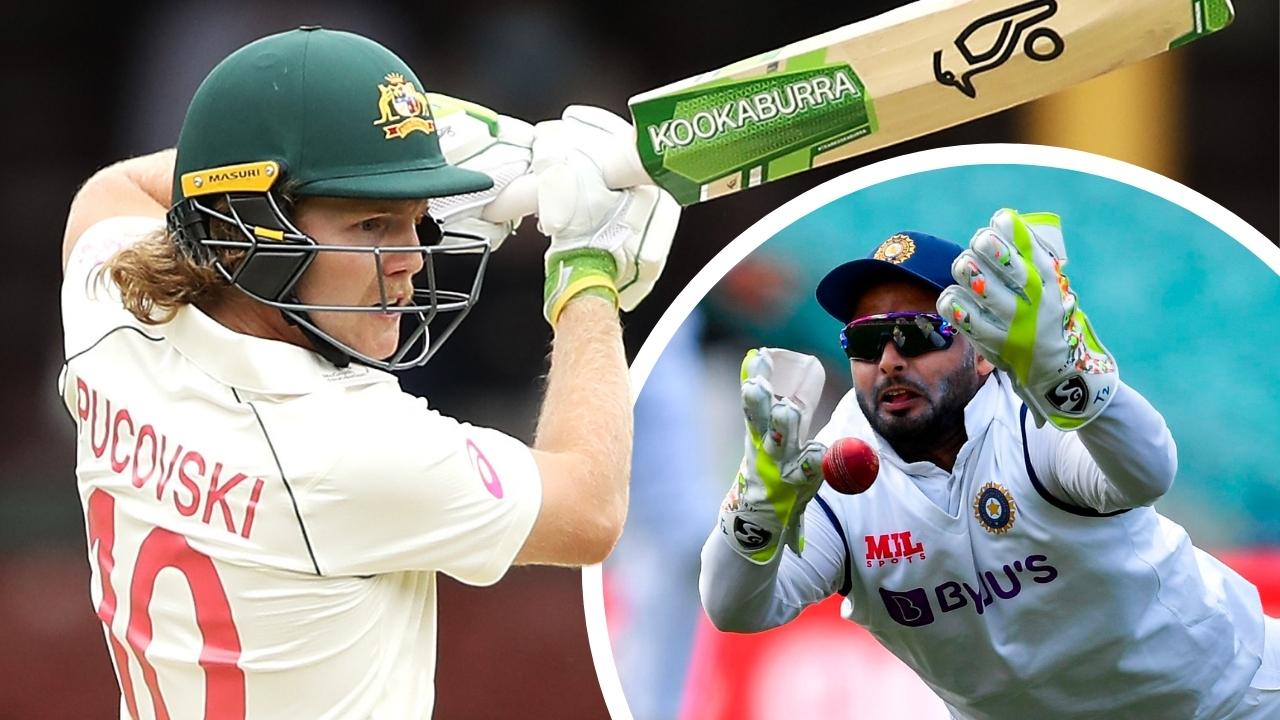 Pucovski – who cashed in to post a highly impressive debut half-century on what was a rain-affected day in Sydney – was on 32 when he started a swift walk to the Australian sheds after Pant claimed a fumbled catch that had ballooned off the batsman’s gloves late on day one of the SCG Test.

The catch was overturned after being replayed on the big screen and the 23-year-old was given a welcome reprieve – and a lesson in Test match cricket honesty.

“It was an interesting one. I thought he had claimed it so I just assumed he must have caught it,” Pucovski said.

“Maybe I’ve got too much faith in people.”

Pant made good ground to get his hands to the chance, which bounced from one glove to the other before hitting the turf seemingly simultaneously with his last-ditch attempt to snaffle the catch.

“I looked at it on the big screen and I was talking to Marnus about it. I said, ‘I don’t think that’s out’,” Pucovski added.

“It looked like he’d smothered it into the ground. It was pretty cool to get called back.

“You go from the complete disappointment of being out to the great thing of having another chance.”

Join the conversation, you are commenting as Logout