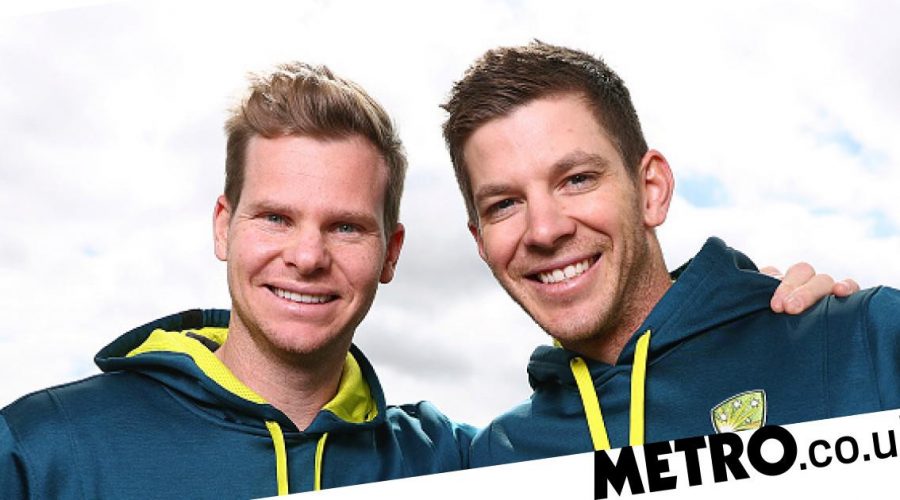 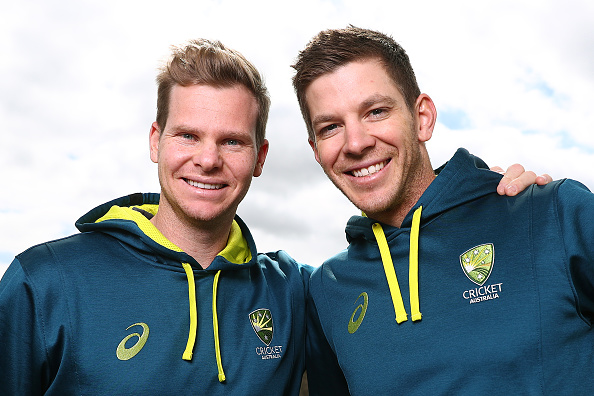 Batsman Smith has been battling an elbow injury in his left arm for several months and recently insisted he would prioritise the Ashes, which is due to start on December 8, ahead of the T20 World Cup, which will take place in October.

The 32-year-old expects to be fit for both campaigns but said Test cricket and a home Ashes series against England remains his ‘main goal’.

‘I’d love to be part of the World Cup, for sure, but from my point of view, test cricket, that’s my main goal: to be right for the Ashes and try to emulate what I’ve done in the last few Ashes series I’ve been involved in.’

Responding to Smith’s comments, Baggy Greens Test skipper Paine said: ‘What’s important for me is that he is fit to go, whether that’s at the T20 World Cup or for the Ashes.

‘Obviously from a selfish point of view, I would love him to be one hundred per cent fit and if that means he misses that [T20 World Cup] tournament, then so be it.

‘But I think Steve’s a professional, he’ll know where his body’s at and if he doesn’t feel like he’s right then he’ll make the right call.

‘He’s been dealing with it for a while now and finds a way to get up, but as he gets older it probably gets a bit harder to keep pushing through it.

‘So it’s important now we’ve got the time [in the playing schedule] that he takes that time, and tries to get one hundred per cent right, not just for the Ashes but to try and prolong his career for another four, five, six years.’

Smith has been one of the most prolific batsmen in the world over the past eight years, scoring 7,540 runs in 77 Test matches at an average of 61.80.