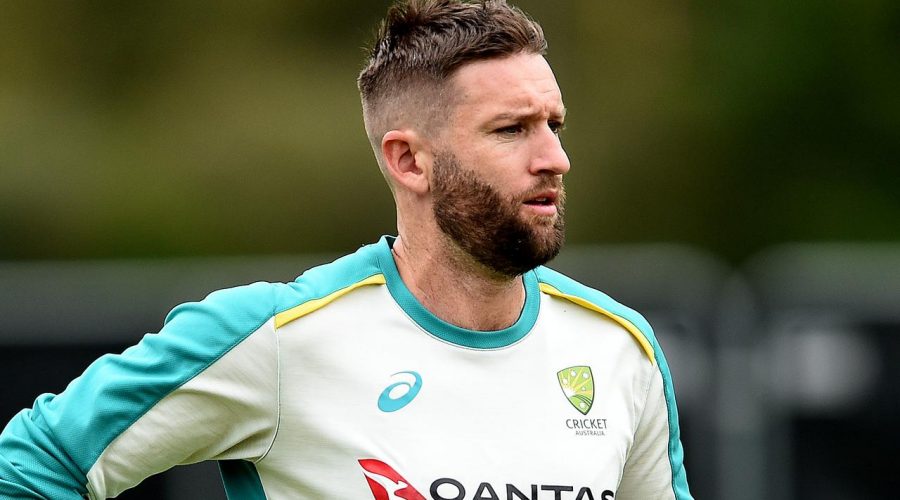 COVID patients are dying on the pavement outside hospitals as India buckles under a devastating “tsunami” of the virus — with experts warning the nation could see one million virus-related deaths by August.

According to Health Ministry data, India has currently registered more than one million infections over the past four days, taking the country’s total number of cases beyond 17 million.

The Rajasthan Royals released a statement on Twitter on Sunday evening, revealing Tye had returned to Australia “due to personal reasons”.

But speaking to SEN Breakfast with Gilly & Goss on Monday morning, the 34-year-old said the decision was made primarily due to health fears, but also bubble fatigue.

AJ Tye flew back to Australia earlier today due to personal reasons. We will continue to offer any support he may need.#RoyalsFamily

“There’s definitely concerns, a lot of guys have been in touch,” Tye said.

“Some other guys are very interested in what route I took home and how I approached it. Other guys are happy to know I’m OK and make sure I’m in a good space.

“There is some concern and I’m not sure if I’ll be the only one, but that’s too early for me to say.

Andrew Tye of the Scorchers.Source:Getty Images

The IPL’s players and staff are confined in strict hotel biosecurity bubbles, flying between cities on chartered jets.

Delhi & Districts Cricket Association president Rohan Jaitley told ESPNcricinfo this week: “The bubble is absolutely intact … if I am not part of the bubble, I can’t meet anybody (inside it). It is absolutely safe.”

Despite the setbacks, the BCCI has opted not to postpone or abandon any matches. The financial losses would be monumental.

The Age’s Daniel Cherny reported that several Australian cricketers were seeking to leave the glamorous T20 tournament early, fearing they will be locked out of the country.

According to the report, the cricket stars are having difficulty finding a connecting flight.

On Sunday, ESPNcricinfo reported two other Australian players have already told their respective franchises that they want to return home.

Meanwhile, Indian spinner Ravichandran Ashwin announced he will leave the Indian Premier League to be with his family.

I would be taking a break from this years IPL from tomorrow. My family and extended family are putting up a fight against #COVID19 and I want to support them during these tough times. I expect to return to play if things go in the right direction. Thank you @DelhiCapitals 🙏🙏

It appears that Andrew Tye will be just the first of a number of Australians seeking to leave the IPL early, the biggest issue for them being whether the Aus Govt may tighten travel restrictions from India to the point where they aren't allowed to return home

“It’s on the news every minute of the day. You see people in hospital beds. It puts a lot of things in perspective. We actually discussed after the game last night, how lucky we are to play the game and try to entertain people around the world.

“Everyone’s pretty nervous about what’s going on over here, but they’re also pragmatic.

“From a Kolkata point of view, we’re desperate for the tournament to keep going, purely because everyone’s in lockdown, there’s not much else to do.”

Delhi Capitals coach Ricky Ponting spoke openly about the “grim” situation on Saturday: “This IPL, probably more than any other, has become more about what’s happening outside than what’s happening here.

“We right now are probably the safest people in the country being in the bubbles that we are in. Continually I’m asking the boys at breakfast every day how’s everything going on the outside.

“It is really important, we are thinking about the extended family, not just us, but we’ve got to be talking about what’s happening outside because it is quite grim.”

A COVID-19 coronavirus patient leaves a hospital in New Delhi.Source:AFP

Members of medical staff wearing protective gear carry the dead body of a COVID-19 coronavirus victim at a hospital in Amritsar.Source:AFP

Last week, the United Kingdom added India to a “red list” of countries from which most travel is banned, over fears of a new COVID variant.

According to the BBC, England’s IPL stars will be allowed to return home but must quarantine in a government-approved hotel for 10 days.

The decision could prove a logistic nightmare for English and Kiwi cricketers taking part in the T20 tournament.

The IPL Final is scheduled for Sunday, May 30, while the first Test between England and New Zealand commences in London three days later on Wednesday, June 3.

Cricket broadcaster Raunak Kapoor says the silence from the IPL about the situation unfolding outside of their bio-secure bubbles is deafening.

“The problem is not the IPL. It’s just the lack of acknowledgment.

“I don’t blame the IPL. If anything the tournament got lucky with everything being in place before things got alarmingly worse. And cancelling it does nothing. Just acknowledge & empathise with the people. They’re people. Not just a target audience.

“Sport is a platform. One that reaches people. If the people are suffering, or in pain, reach out to them. Show them you care. Show the people of India that the sport & its icons care about them. Of course you can do more, but this is the very least.”

Honestly, the IPL is what's keeping me sane right now.

Another death today (4th in 10 days) among people I knew. I'd have lost it if not for the IPL.