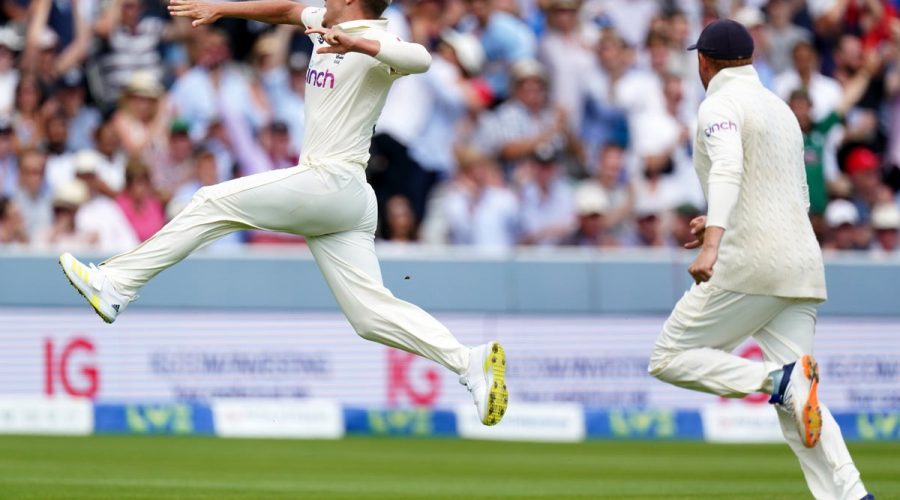 Joe Root’s magnificent 180 not out helped his side leverage a 27-run first-innings lead on day three but early wickets were needed to force home that slender advantage.

Wood provided two of them, with KL Rahul caught behind and Rohit Sharma falling into a brazen bouncer trap to leave scores level at 27 for two.

Just before lunch Curran landed an even bigger fish, taking the India captain’s edge to leave the tourists 56 for three – only 29 ahead.

James Anderson had been bowled out by the final delivery on Saturday evening and was straight back into the game with the new ball on Sunday morning.

The disappearance of early cloud cover will have frustrated but he was still able to provide a a thorough examination of Rahul and Sharma, challenging their technique repeatedly in and around off stump while keeping the run-rate locked down.

At the other end, Root opted to make a quick change, whipping off Ollie Robinson after just two overs and tossing the ball to his quickest bowler, Wood. 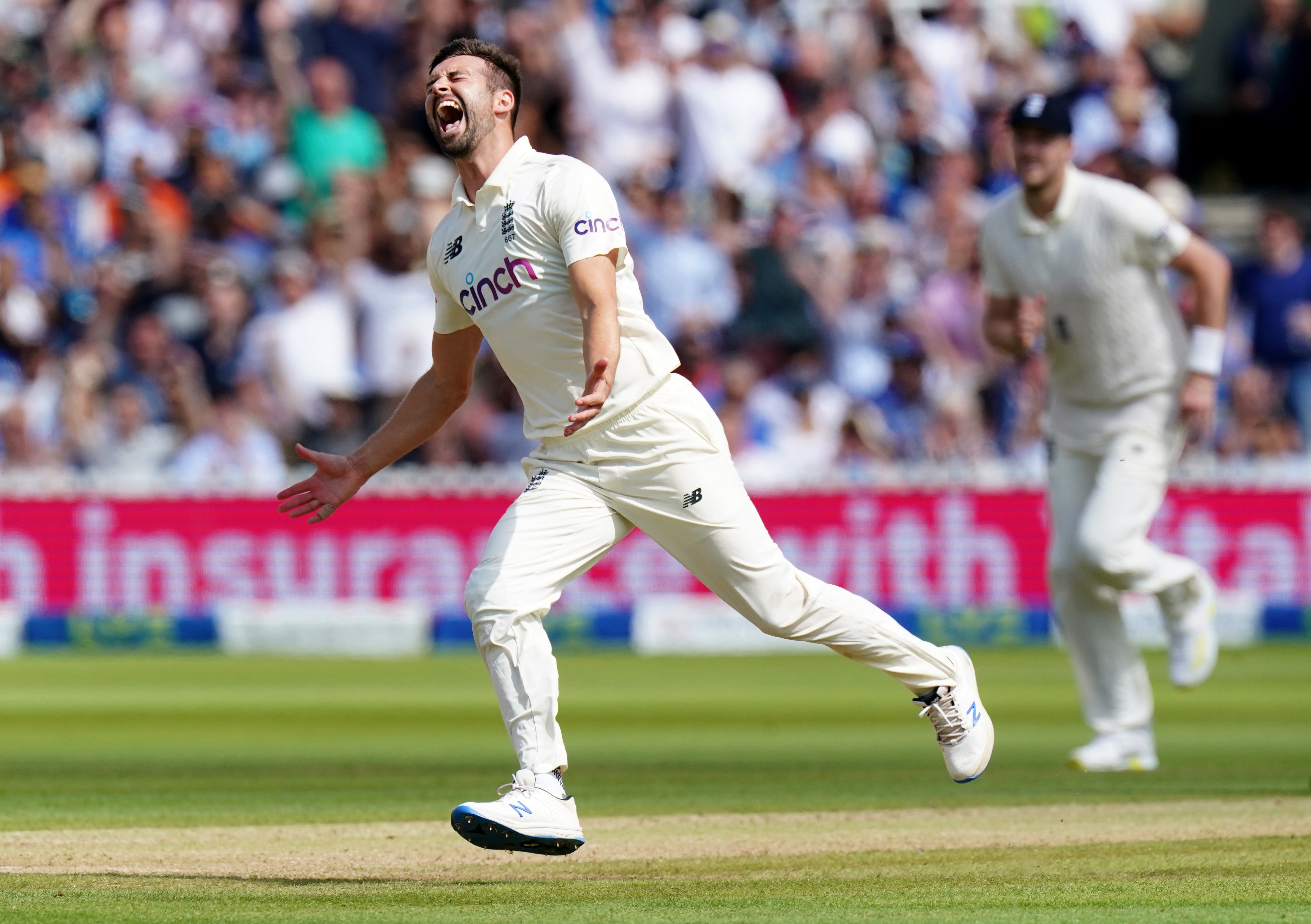 It proved an inspired decision. Wood spent a couple of overs marrying up his speed and his accuracy then picked off Rahul, who followed up his first-innings 129 by nicking off for five to a 93mph delivery.

England were still ahead by nine when the breakthrough came, but Rohit cleared the remaining arrears in style by hooking Wood for six over fine leg. It was a thrilling, brave stroke but one that came loaded with risk.

Root had stationed three leg-side boundary riders to take advantage of any misjudgements, a nod to Wood that he could go again. Rohit ignored the next bouncer, watching it clear his helmet at 91mph, but could not resist for long.

When the Durham man asked the question again at the end of his over, Rohit (21) launched into another full-blooded hook but this time got a little less on it. In rushed Moeen Ali from long leg, taking a smart low catch to leave India two down with the scores level. 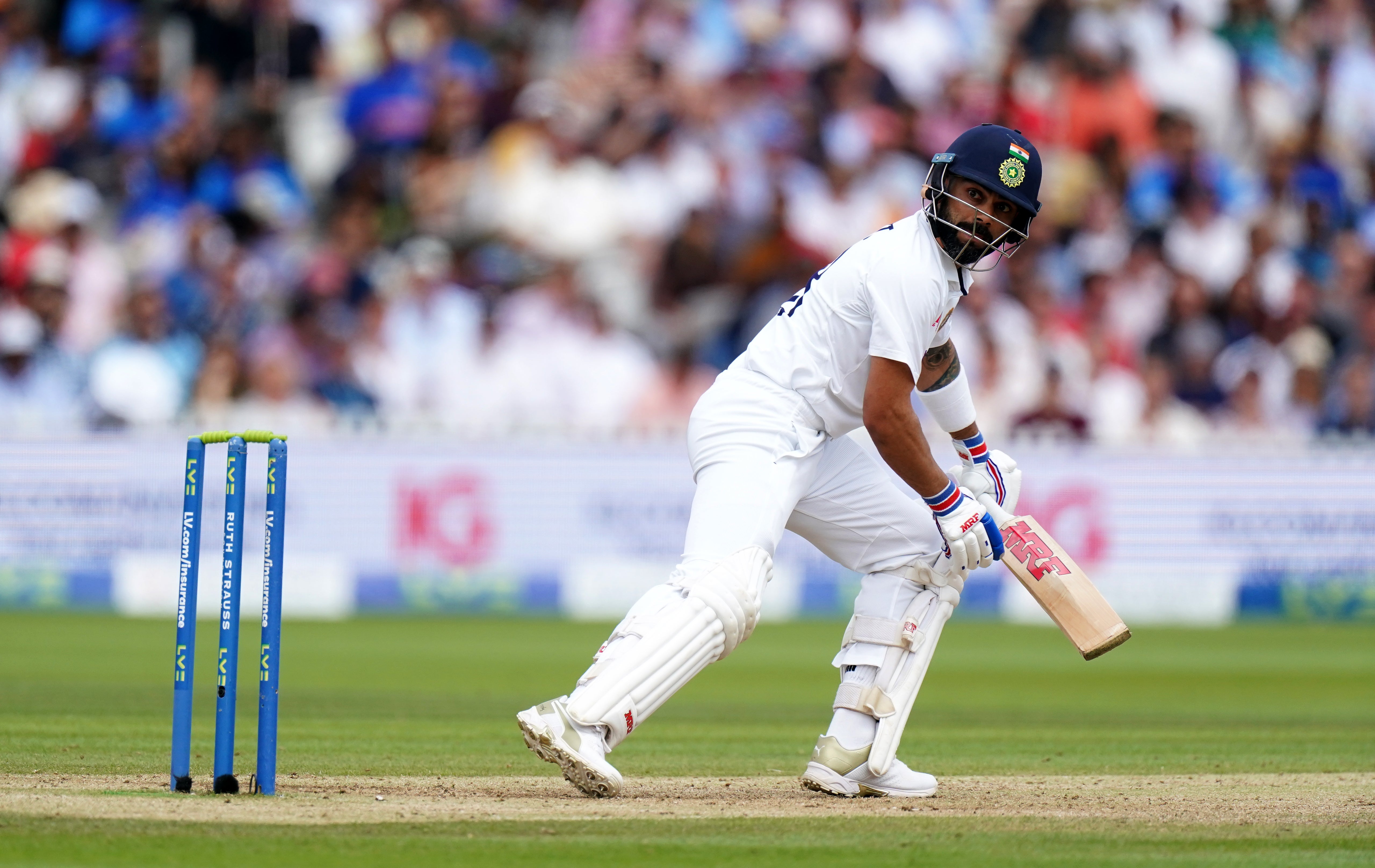 The job of building the lead fell to Kohli and Cheteshwar Pujara, with the latter taking a painstaking 35 deliveries to get off the mark. India’s confidence rested heavily on Kohli’s output, with Root wasting a review on a hopeful lbw appeal from Curran in an attempt to take him out.

The left-armer got his man in his next over, shaping one across Kohli and drawing a loose push that nestled in Jos Buttler’s gloves.

Curran was wicketless in the first innings and followed up with a golden duck but this could yet go down as a huge contribution in the course of the match.